What does it mean to be dementia friendly? One group of people from around the state, the Dementia Friendly Georgia Strategy group, is hoping to encourage communities, groups, and individuals to take steps towards this concept.

Last summer, the Georgia Gerontology Society (GGS) coordinated a very successful Georgia Alzheimer’s & Related Dementias (GARD) summit together with the Georgia Division of Aging Services (DAS). With the money that was left over from the summit budget, GGS offered five $2,000 grants to communities that are serious about creating dementia-friendly spaces.

DeKalb County earned one of these grants. DeKalb used the funds for the initial phase of the process. Funds were used to host focus groups of caregivers, people living with dementia, community members, and professionals to determine best practices for the transition towards a dementia friendly community. 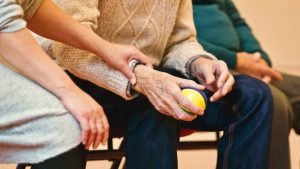 A DeKalb man named Willie attended one of these focus groups comprised of care partners last year. His wife of 51 years, Helen, began showing signs of dementia since 2005, just two years after her retirement. In 2007, the pair went to a neurologist.

“They could tell by the left side of her brain that something was taking place,” Willie explained. “They never did officially diagnose her, but it was a sign of Alzheimer’s.” Helen’s mother had Alzheimer’s, and she ended up passing away from the disease in 2010.

To this day, Willie continues to serve as Helen’s caregiver, which has become increasingly difficult over the years. He will be undergoing eye surgery soon, and he wonders who will be able to take him to get the procedure done. He has three children, but only one of them can come help on weekends. Willie has undergone a few trainings and certifications to help care for his wife, but he can still be overwhelmed by the amount of work required by caregiving.

Helen is a private woman and still doesn’t want Willie to come with her to the bathroom, for example. “She often forgets to flush or wash her hands,” Willie admitted. Sometimes, Helen will wake up in the middle of the night and begin getting ready for church because she doesn’t realize that she only slept for a few hours, or because she went to bed much too early the evening before. “She loves to dress up and look pretty, but I’ll have to tell her that we can’t go to church.”

Other times, she will inexplicably insist on carrying 3 or 4 pocketbooks stuffed with her belongings. “She always wants to carry them all, and I just have to let her do it,” Willie said. “I have to let the neighbors know so that they understand why she does the things she does. We’ve lived here 40 years.” 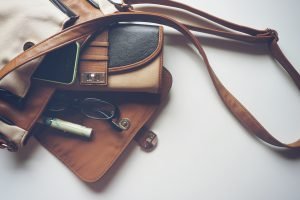 Willie knows that many people just don’t understand. “If they understood, they would be more friendly and more compassionate when we’re out in public.” When they do go to church, Willie says that people really understand what they are going through and come sit with them through the process.

Willie loves Helen deeply. “My wife loves music, so I keep the radio on all the time. She dances to it, and she’ll get me dancing.”

But sometimes, he would love to be able to get out of the house and go for a walk on his own or have someone come to the house to help out. Once or twice, a neighbor has brought over food. Most people just ask him how things are going.

Every Monday, Willie and Helen go to the Lou Walker Senior Center for a Dementia/Alzheimer’s support meeting. They’ve been going together for almost a decade now. “They love my wife. They’ve been doing everything for us because they know her and love her. They called us just last weekend.”

“It’s a positive influence in our lives because we are together,” Willie said. Through it all, Helen and Willie are coping. “It’s hard to keep up with everything like we used to, but we’re making it out ok.”

Willie would love to see more programs from the county and from his insurance company to help people with dementia. Specifically, he suggested how helpful it would be to have a social worker come over once a week to gauge what was needed. In the meantime, he is participating in DeKalb’s work as they try to make the county dementia friendly for people like Helen and Willie and so many others.

What can you do?

“Being a dementia friendly community is an ongoing process, and it requires involving people from all sectors, from the police and first responders, to libraries, restaurants, and grocery stores”, says Atlanta Regional Commission’s Katie Perumbeti, who has been participating on the Dementia Friendly Georgia Strategy group over the past year. “Becoming a dementia friend is a step any individual can take, regardless of where you live, to learn more about what it’s like to live with dementia, and then use this information in your daily life. Plus, Dementia Friends is a tool that communities can use in the process of becoming more dementia friendly.”

You can become a Dementia Friend by watching a series of online videos on the Dementia Friends USA website or by attending an in-person information session.

To learn more about Alzheimer’s disease and dementia, visit empowerline. We also have a wonderful resource list for caregivers.

Hannah Chappell-Dick
Hannah Chappell-Dick is a Graduate Student and Assistant Coach at the University of Florida. She is interested in the intersection of public health and exercise for athletes of all ages and abilities. She loves spending time barefoot outdoors, biking, and reading.

Downloading Free eBooks from Your Library

Download Free eBooks Directly from Your County Library’s Website Did you know that free downloadable books are available to you with a valid library card in your county of residence? 24/7 access from your home computer or smartphone You never need to leave your home Most loans are 14-21 days Most library systems will alert […]

Everyday a wife, who may be your sister, mother, daughter, aunt, friend, or yourself, encounters the sudden reality that their loved one is no longer with them. This can happen in an instant or over a period of time, such as when their spouse is diagnosed with dementia and the disease progresses until the final […]

The A-B-Cs of Advocacy: Stand Up for Aging Issues that Affect Us All

When you feel passionately about an issue, whether it’s housing, transportation, the needs of caregivers, or something else that affects the lives of people who are aging or experiencing disabilities — a key thing to remember is that you can make a difference. How do we do it? Advocacy. We can all learn to clearly [...]
Read more

Voice Your Opinion on Important Issues for Older Persons

As the Area Agency on Aging (AAA) for the 10 county Atlanta region, the Atlanta Regional Commission (ARC) administers comprehensive aging and disability services that enable people to live in their homes and communities. The ARC AAA is adopting a new area plan for July 2020 through June 2024 to address the needs of the […]

I recently chatted with Tim Morris, the Director of Cherokee County Senior Services, about his leadership style and future plans for Cherokee County. Morris embodies the role of a fearless leader. From one project to the next, he continues to put his community first by assessing their needs to ensure high quality living. “The only [...]
Read more

Looking for the latest guidance on the Covid-19 virus?

The CDC has created this video: “Covid019: What Older Adults Need to Know.”  You can also read CDC’s full list of pandemic-related recommendations.

If you are looking to connect with resources and services for older persons and individuals and disabilities in metro Atlanta, please contact us at empowerline.org or 404-463-3333.