An Encounter with Greatness: Training Beside the US Dragon Boat 60+ Team 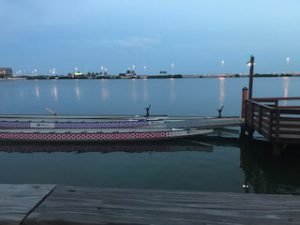 We all stopped and watched as they flew by our boat. Their boats literally sliced through the water leaving a wake as they passed. Their paddling was in perfect sync as if robotic. But this was anything but robotic.

The paddlers were fierce; you could see their arms straining as far over the boat as possible, pulling the paddle through the water with all their might. Their skin was gleaming with sweat, and they paddled looking straight ahead, not even noticing us. There were 40 of them in two 40-ft long slender boats; 20 women in one boat and 20 men in the other. They had all endured grueling training and multiple time trials to have been selected by the United States Dragon Boat Federation (USDBF) to represent the United States at the World Championships this summer. This particular group is known as Senior Team C, which means they are all over 60 years of age. In August 2019, they will travel to Thailand to face other national 60+ teams and give their best shot at bringing home some hardware for the United States.

I decided to check it out on the website before committing to come to practice with Amy. By the second practice, I decided to join the team. I really liked the people, and I was challenged by the paddling.

I am incredibly drawn in by the concept that women who are cancer survivors are warriors on the water. They have power and strength, and they serve as an example to other women that there is life after cancer. Some of the women on the team are 10-year survivors; it sends an incredible message. 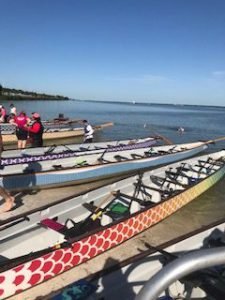 Being new to dragon-boating, I have struggled learning how to paddle. It’s an odd movement that is very different from paddling in a canoe, rowing in crew, or paddling in a kayak. It is only learned through muscle memory over time. In the first race I participated in, my team covered 250 meters (a little over two football fields in length) in 1 minute and 16 seconds, and I thought we were fast. The senior team covers that in a fraction of that time.

Last April, I met the senior teams in Tampa during a week-long training and endurance camp I attended. I had no idea that the USDBF’s Senior Team C women’s and men’s teams were training at the same location. To watch them and to see their strength and power was amazing. They weren’t even racing when our boat stopped dead in the water to watch them; they were just doing a steady stroke. Their training until August is tough. They are on the water three times a day, beginning at 7 am.

They are preparing to race against countries from across the globe who also have older adult teams. They are world class athletes. That’s what I call Reframing Aging!

Connie White
Connie has worked in the aging network for 22 years in multiple settings always with a focus on vulnerable populations. At ARC, she works with partners who deliver direct services to assure they have all the supports they need to serve those those in most socio-economic need.
Showing 6 comments

Voice Your Opinion on Important Issues for Older Persons

As the Area Agency on Aging (AAA) for the 10 county Atlanta region, the Atlanta Regional Commission (ARC) administers comprehensive aging and disability services that enable people to live in their homes and communities. The ARC AAA is adopting a new area plan for July 2020 through June 2024 to address the needs of the […]

I recently chatted with Tim Morris, the Director of Cherokee County Senior Services, about his leadership style and future plans for Cherokee County. Morris embodies the role of a fearless leader. From one project to the next, he continues to put his community first by assessing their needs to ensure high quality living. “The only [...]
Read more

The RSVP program trains adults ages 55+ to share knowledge on important subjects with their peers to help them to make informed decisions and choices with confidence. Topics range from disaster preparedness to managing your medications to healthy sexuality to how to use public transportation systems (known as travel training). Some volunteers are former educators [...]
Read more 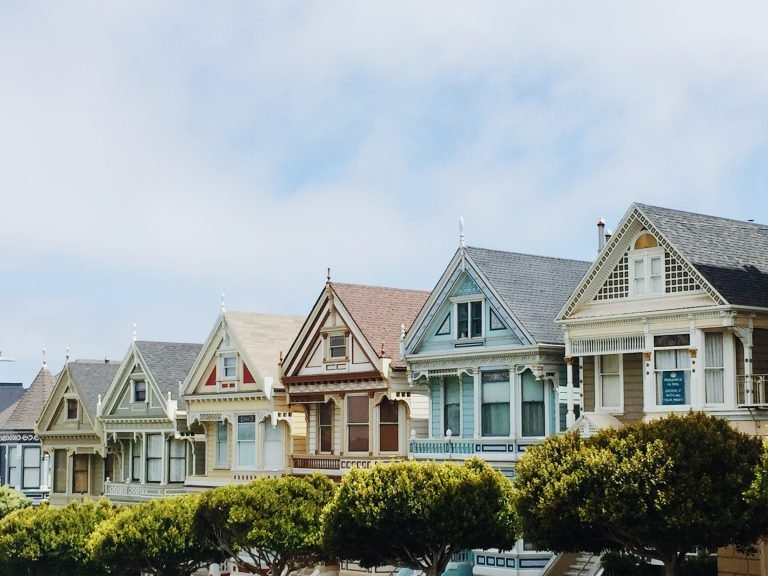 Coming Home: One Story About Transitioning Out of Nursing Home Care

As a Transition Coordinator for empowerline’s Community Transitions (formerly Money Follows the Person) program, I recently had the opportunity to work with a person who exhibited determination like this. Community Transitions is a federally funded Medicaid program, administered by over 40 states. "Maggie" (name changed to protect her identity) had been living in a nursing [...]
Read more 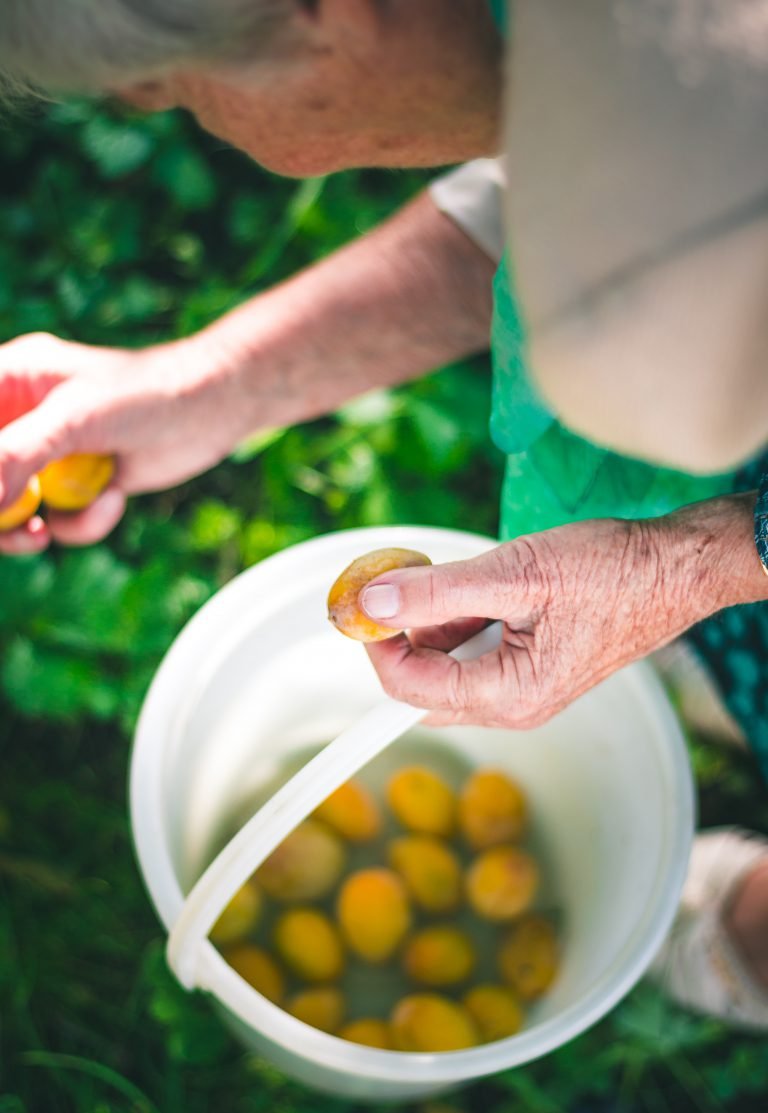 Senior Hunger: What It Means, and What You Can Do

What comes to mind when you hear the term “senior hunger”? I imagine, like most of us, you think of people over the age of 70 not having enough food. If so, you’re at least partially right. Senior hunger is a broad term that has many different causes, but essentially, it means someone has a […]