Mary Alice was able to live independently for some time, but she spent the last few years of her life in memory care homes and at a long-term care facility, going in and out of the hospital. All along, Bonnie was advocating for her, coordinating her care, and taking her to doctor appointments, while also learning about Lewy body dementia and seeing how it changed her mom’s life.

Turning to ARC’s Empowerline to navigate available resources helped Bonnie find the support she couldn’t find anywhere else. This changed her understanding of the disease and how she cared for her mom.

We sat down with Bonnie, who recently published a book titled “Your Daughter, Your Advocate” that details her experience as her mom’s caregiver, to ask her some questions. A lot of people, she says, ask her for advice on caring for a loved one with dementia.

Q: Tell us about your mom.

A: She was a caregiver. My mom had the heart to take care of people. It was her natural inclination.

She was born in rural Georgia and was the oldest of six children. She raised her siblings since she was 12. They called her “Sista”, and they respected her as a mother figure. She helped raise her nieces and nephews and her own two kids. Mary Alice also went to take care of her mom in her family home for a few years before her mom passed.

My mom loved to cook; she fed us. She worked at the hospital kitchen in our hometown and at the kitchen of the Marriot Marquis in downtown Atlanta for many years.

Q: When did you first realize something was wrong with your mom?

A: When she lived by herself after her own mom died, we noticed that my mom would get angry and moody when others attempted to help her. It was then that we started to see other behavioral changes.

We noticed fixations, paranoia, and confusion. She bought food as if to feed a large family. She would start writing checks or birthday cards and not complete them. She exhibited a heightened sense of agitation focused on her house. Any attempt to help was met with anger.

Q: Did you realize your mom was suffering from dementia?

A: There were many early signs that we dismissed as cantankerous, or just getting older. We had no idea these were early signs of dementia. I kept trying to find a logical explanation for the changing and bizarre behaviors. I started keeping a journal to share this with her doctors.

At that time, I didn’t know what dementia looked like. I thought dementia was memory loss. I wasn’t aware that dementia included all these other behavior changes.

Her initial diagnosis from doctors was cognitive impairment that was normal for her age. But looking back at the journal, I wonder why no one told me she was practically a case study for dementia.

In 2015, when my mom was 77 years old, she was finally diagnosed with Lewy body dementia after I took her to get evaluated at Emory Healthcare’s Integrated Memory Care Clinic. Until that day, I had never heard of Lewy body dementia.

Once I understood what it was, I realized it had been happening for years. We assumed she was grieving because her mother had passed. We noticed the difference, but we thought it was how she was going to be as she got older.

Q: Most people likely have not heard of Lewy body dementia? What is it, and how is it different from other types of dementia?

A: Lewy body dementia, also known as Lewy or LBD, is the third most common cause of dementia. Lewy bodies are deposits of protein found in the brains of people who live with Lewy. It is a progressive disease and leads to a decline in thinking, reasoning, and the ability to function independently. The actor Robin Williams had LBD when he died by suicide in 2014 at age 63.

Q: How did ARC help you understand what your mom was going through and the resources available?

A: Emory’s Integrated Memory Care Clinic referred me to the Atlanta Regional Commission’s BRI-Care Consultation service, a telephone-based information and support service for family caregivers. I was connected to training for family caregivers, as well as resources to find caregivers, respite care, memory care, devices, tools, and more.

I learned about positive techniques for dementia care, which helped me understand the adjustments I needed to make as the disease progressed. I also joined a support group, which I still attend today.

The support I got put me on a different level in caring for my mom and understanding what we were dealing with. It helped me to plan to take care of my mom in a way that made her feel safe.

Q: Was your mom able to live by herself?

A: Before she was diagnosed with Lewy, my mom had spent years taking care of her own mom during the last years of her life in south Georgia. I knew she couldn’t live there because it was three hours away from Atlanta, where I lived. I had to keep her closer to me. I moved her to a one-bedroom apartment for independent seniors in Atlanta. She was independent for a while and able to take care of daily living activities.

Though she was able to live by herself, as she declined due to Lewy, I became more concerned about her ability to take care of her daily living activities on her own. So, I put up three indoor internet-based cameras that allowed me to see her apartment from various angles. It was inexpensive and worked conveniently from my phone. When she was alone, I could check the cameras to be sure she was moving around safely or that she was sleeping at night. I also hired caregivers through sources provided by the BRI program that checked in on her.

Q: What were some of the Lewy symptoms your mother exhibited?

A: She’d hallucinate about children. When she saw her image in the mirror, she thought it was her sister Johnnie. She’d ask for her mom sometimes multiple times a day, and when I told her she had passed, my mom would get upset. If I told her that her mom was at work, she would calm down. I realized it was okay as I wasn’t lying to her, I was caring for her.

Q: When did you know your mom could not live by herself anymore?

A: For about three years, the disease was stable, with a slow decline. But as the disease progressed, my mom started to have accidents in the kitchen, and she developed repetitive behaviors. Her behavior was impacting other residents in the apartment building where she lived. The cost for caregivers became very expensive. Caring for mom became more challenging.

Q: What were some of the lessons you learned along the way?

A: After my mom lived independently, I moved her to a memory care home. That should have helped a lot, but that’s when the medical problems started.

The strategy at the memory care home was to medicate dementia patients, instead of teaching staff to adjust to their behavior. As a result of that, she was taken to a psych hospital for an evaluation and put on antipsychotic drugs which sent her into cardiac arrest.

I learned that first generation anti-psychotics can be detrimental to Lewy body dementia patients and should not be given to her. If I had known, I would not have allowed them to send her for the psych evaluation.

Also, I learned that when you’re interacting with a person who has dementia, don’t ever try to convince them that their reality is not reality. Don’t explain that mom died 20 years ago. Don’t argue with them trying to convince them to remember something. Tell them whatever they need to feel comfortable and safe.

Q: What is your advice for families caring for someone who has or may have dementia?

A: My advice is to get an exact diagnosis if you know or suspect your loved one has dementia, and to make sure you are told what type of dementia your loved one has. Alzheimer’s is the most common, but there are other forms, and the treatment may be different.

Many families try to care for their loved ones without knowing the type of dementia they have. It’s imperative to insist that something is wrong and get a diagnosis. Although cognitive impairment is a diagnosis, you should consider when the behavior is no longer “normal”. Once you get a diagnosis, make sure all other medical providers are aware of the diagnosis.

Q: What other advice would you give?

A: I advise families to make their loved one’s space as simple and uncluttered as you can. If there are fewer places to hide things, it makes it easier to find things.

Journaling helps, so you don’t forget all the changes in behavior you see in the person you’re caring for. Keep notes of all the info you want the doctors to consider during the visit.

Let them do things they enjoy as long as they can do them. Adjust the activity to them. Mom enjoyed grocery shopping. I took her to a small store that catered to older people. I let her shop while I secretly removed items from the cart.

Q: If you had to make the decision to care for your mom again, would you do it?

A: If I had to do it again, as hard as it was, I would do it again. I would make the decision to take care of her, but with more information. I was honored to be able to do for her what I did for her. She felt loved. She felt safe.

For more information about ARC’s BRI telephone-based support program for older people with health challenges and their caregivers, please call 1-844-557-1686 or email careconsultation@atlantaregional.org.

For more information about resources for older people and people with disabilities in the Metro Atlanta area, check out our Search for Services feature, or explore the Empowerline website to be connected with services & counseling. 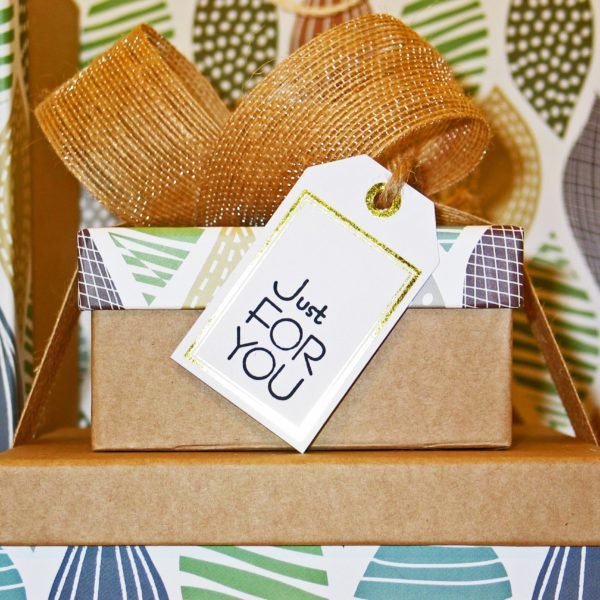